Deprecated: Methods with the same name as their class will not be constructors in a future version of PHP; plgSystemCSSConfig has a deprecated constructor in /home/chippewa/thechristiantimes.net/plugins/system/cssconfig/cssconfig.php on line 29

Warning: "continue" targeting switch is equivalent to "break". Did you mean to use "continue 2"? in /home/chippewa/thechristiantimes.net/plugins/system/t3/includes/menu/megamenu.php on line 137
 The Christian Times - HIV and AIDS stigma and discrimination alarming, says health official 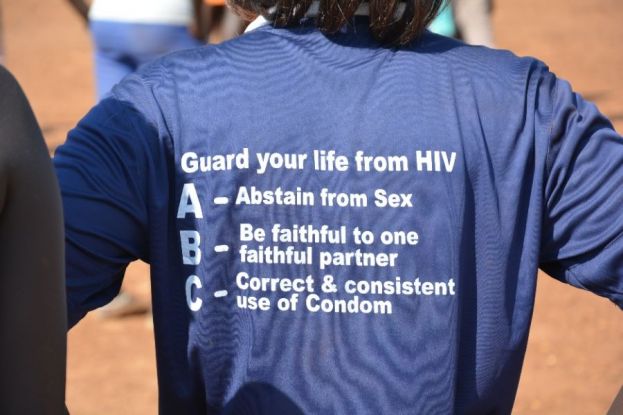 A senior South Sudanese administrative official of the Center for Anti-Retroviral Therapy in Juba main hospital has raised an alarm about rapidly rising stigmatization and discrimination of people living with HIV and AIDS.

A senior South Sudanese administrative official of the Center for Anti-Retroviral Therapy in Juba main hospital has raised an alarm about rapidly rising stigmatization and discrimination of people living with HIV and AIDS.

Benjamin Lokio Lemi said the culture of stigma and discrimination has already undermined the ability of individuals, families and societies to protect themselves and provide support and reassurance to those affected.

He told reporters during an interview yesterday in his office that the stigma attached to this disease has prevented people from voluntary testing and further lowered the courage of people living with the virus from seeking treatment. He spoke in the week set aside to mark World Aids Day.

“The center established in 2006 is currently treating at least 6,000 people living with HIV and AIDS,” Lemi said.

Early this week, South Sudan introduced free HIV counseling and testing centers in major towns around the country. The centers are aimed at making people more comfortable accessing HIV/AIDS-related services, and getting tested.

Recently, the South Sudan AIDS Commission (SSAC) raised concern about rapidly rising HIV/AIDS prevalence rates, lamenting that the country's ongoing political crisis had made it even more difficult to address the issue.

According to SSAC, South Sudan is one of those countries relatively hard hit by the impact of the disease within sub-Sahara Africa today.

"The country is faced with a low generalized national prevalence of about 2.6 percent, with pockets of concentration in specific geographic zones, an estimated 13,000 new infections annually, and about 153,000 people living (with the disease)," the Commission’s report said.

Statistics from the commission says that the young population comprise up to 70 percent of the total population of South Sudan.

According to the World Health Organization's 2013 report on HIV/AIDS, some 1.5 million people worldwide have died of AIDS-related illnesses, 35 million are currently living with the virus, and about 2.1 million are newly infected.

Of the roughly 35 million people currently living with HIV, about 24.7 million are in sub-Sahara Africa – the region hardest hit by the epidemic. According to UNAIDS, nearly one in every 20 adults in the region currently lives with the virus.